The FINISHR, gathering communities to have fun & run!

As part of our community spotlight, we are thrilled to introduce you to one of our favorite community groups that resonates with us at Beyond, The FINISHR.

Have you ever wanted to run? Or have you ever moved somewhere and wanted to meet new people? Well, this is a story you are going to want to read. We talk to the founders of The FINISHR, Bree Filippone & Gabe McClleland. The FINISHR is a community running group that has literally grown legs since inception and is running throughout the Geelong and Bellarine communities.

Why did you start the FINISHR?

In 2019 when we started The FINISHR, we started it because we felt there was a gap in the run community that we wanted to be a part of. We were looking for a run group that was far less about the running and more about connecting with people. So much so that we wanted a run crew that could be all-inclusive to both nutters who froth chasing crazy hills and to non-runners & walkers alike who genuinely feel welcomed to be there.

We also were interested in incorporating mindfulness practices into the sessions with yoga or meditation following the session (before the coffee of course). 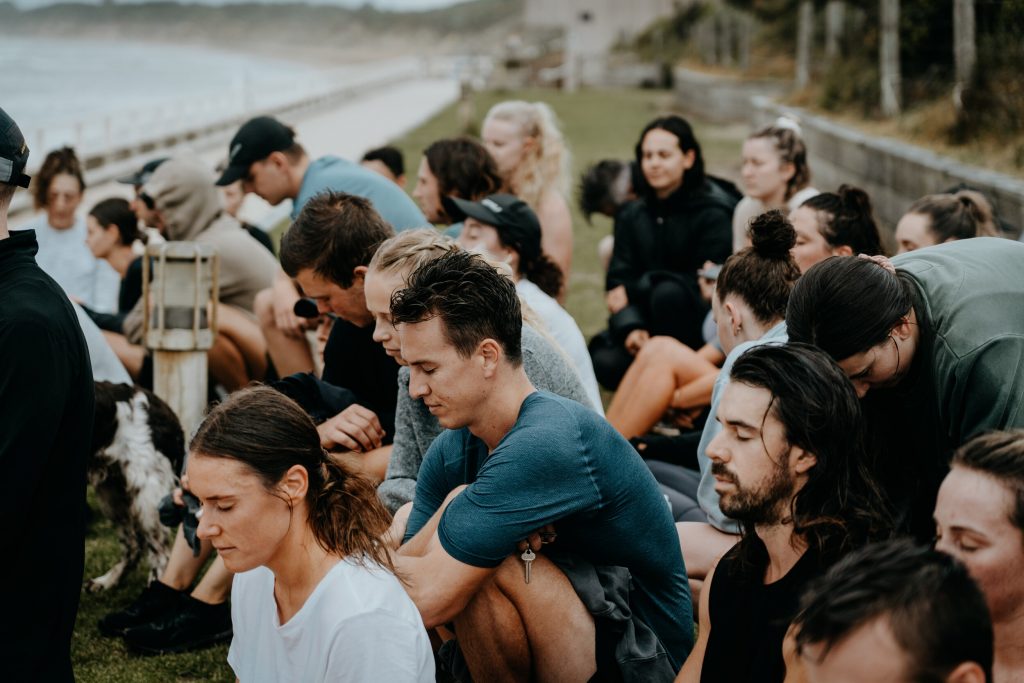 How was it received by the community?

Incredibly well. It started off with a gathering of 20 or so, but then very quickly became the largest running group in Victoria with upwards of 120 runners & walkers on some mornings!

Not only do so many people come from all over the Bellarine & even Melbourne travel to join us on a Sunday morning, but we’ve also been blown away by the friendships and relationships built through this community.

Why do you think community groups like this are important?

It’s a space where people can simply show up with absolutely no expectations and themselves. To us, there’s nothing more raw and honest than spending the sunrise hours of a Sunday morning with a group of like-minded people, doing tough stuff like running up a hill or walking when it’s freezing cold together.

It’s really about bringing people together and creating that place of belonging. 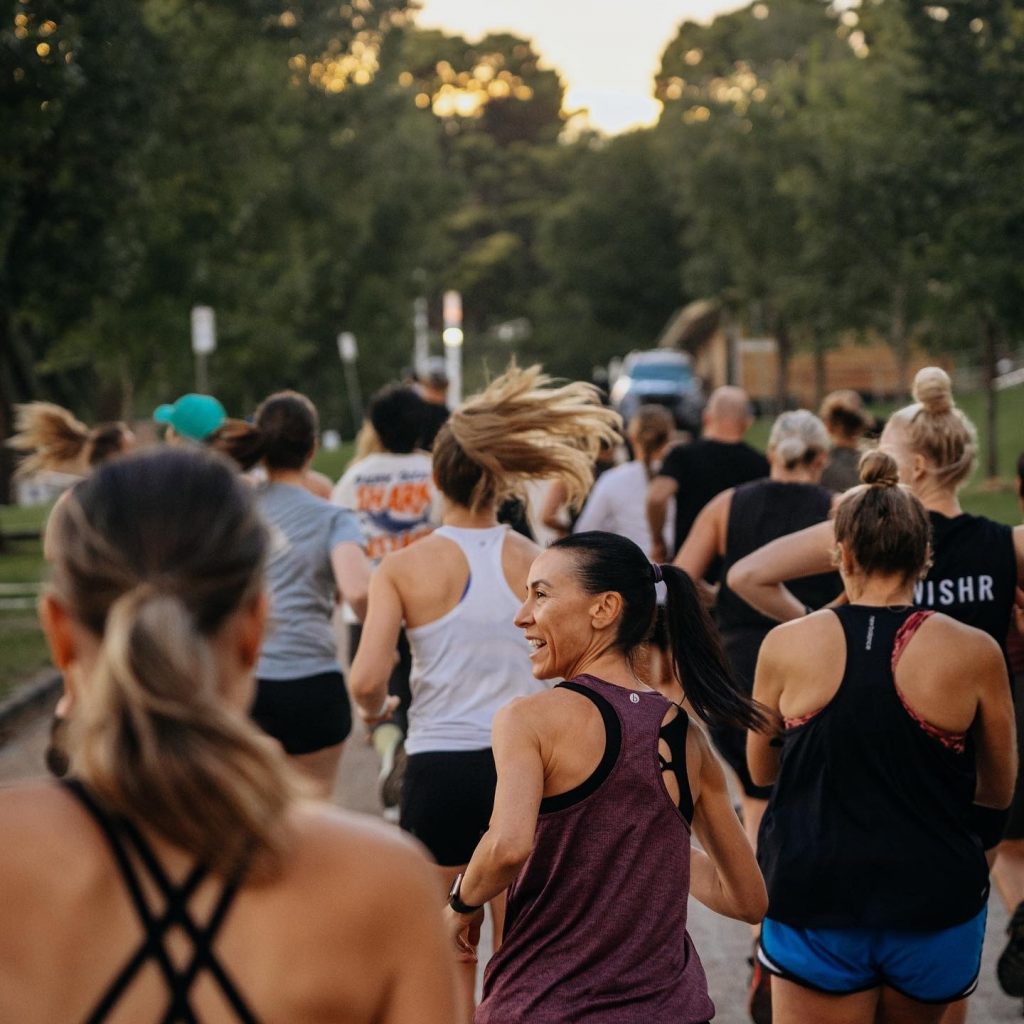 What has been the most rewarding part of creating The FINISHR?

Seeing the relationships and friendships that have blossomed through The FINISHR.

We’ve seen people make some of the strongest friendships they’ve got through this community, and so many people who have moved down the Coast feeling disconnected until they’ve shown up to our Sunday or Wednesday runs.

The realisation that you don’t have to run to be a part of the FINISHR but then to see people try and actually enjoy it is a really special moment for us. 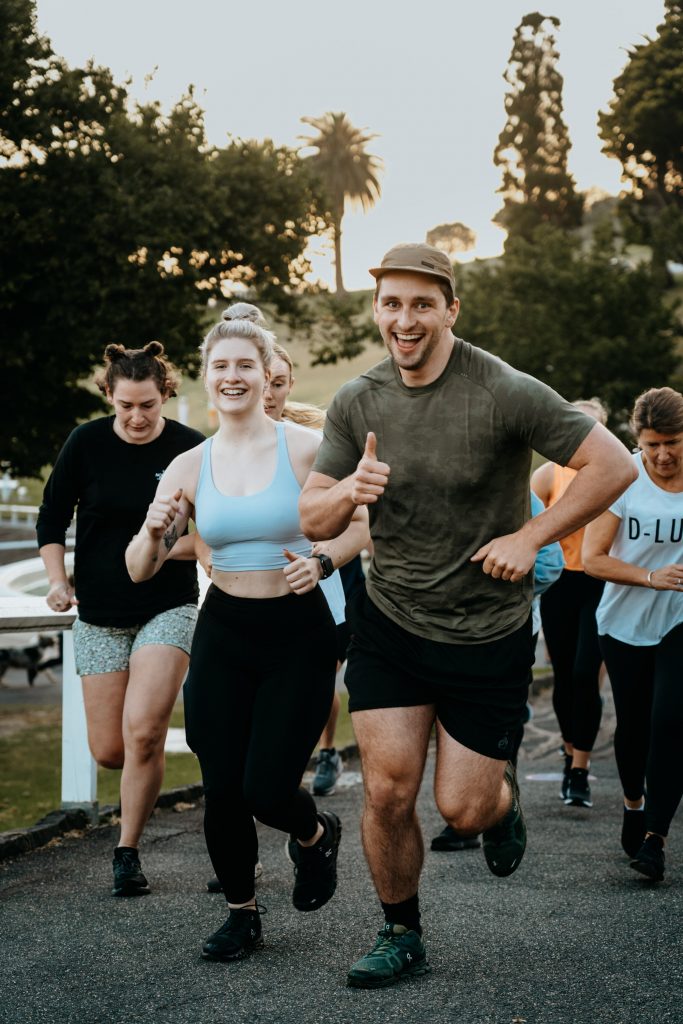 Do you have plans to expand this idea?

We’d absolutely love to expand The FINISHR to new locations and involve leaders in other regions to host weekly FINISHR’s so we’re open to people reaching out!

Additionally, we are also always in the process of creating and executing FINISHR lead events such as fundraisers, challenges, and programs for the community and beyond to get involved in.

How can people get involved in the FINISHR?

If you’re based down the Victorian Surf Coast, come join us for a session (details below), and follow us on Instagram to stay up to date with Sunday Locations and any pop-up sessions in Melbourne!

A little bit about Bree & Gabe:

Bree Filippone & Gabe McClelland are the Founders of The FINISHR run community-based in Surf Coast Victoria. Bree is a Personal Trainer & Exercise Scientist in Ocean Grove/Geelong & Melbourne and Gabe is the founder of Mens Health Initiative, Hey Mate.

Sign up to catch the latest from the Beyond Team

Looking to Book an Appointment?

Beyond is here to help you Move through life! Booking an appointment online is the most convenient way to lock in the location, practitioner & time you want.